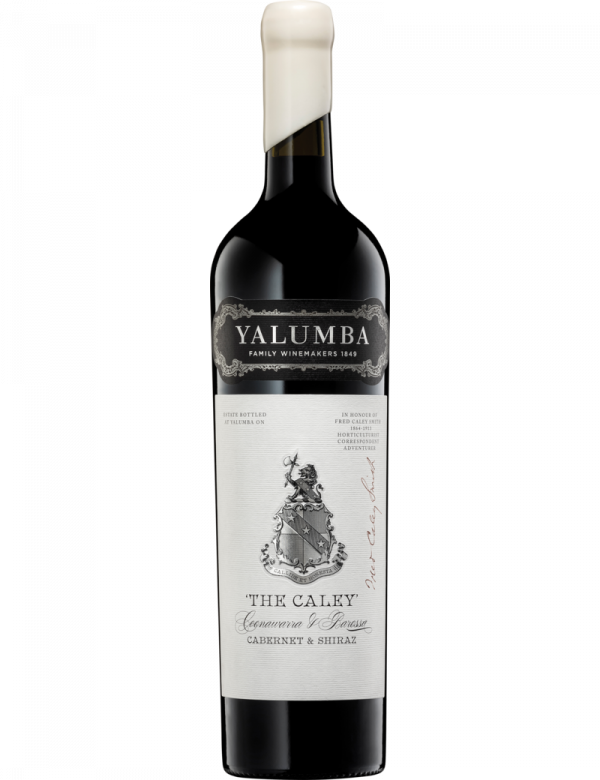 This is a great vintage for this wine with a very fresh, attractive delivery in a full-bodied style. Ripe red plums, blackberries and cherries with a cedary, tobacco edge, purple olives and fruit-steeped roasting herbs. It has a very intense, crisply cut palate that has flavors of dark cherries, blackberries, chocolate and such attractive spice complexity. Runs long on the focused finish. Regal. A great Caley. A blend of 74% Coonawarra cabernet sauvignon and 26% Barossa shiraz.
2015 Yalumba, The Caley

Australia was not the first country to blend Cabernet with Shiraz/Syrah but they have made it their own. Hermitaging – adding Northern Rhone Syrah to Bordeaux Cabernet was once common practice but 100 years ago the Appelation Controlee laws put an end to this. Yalumba has long been a leading exponent of the style, with their outstanding value red, 'The Signature'. Three years ago, Yalumba released a new flagship wine that represents the epitomy of this classic blend: 'The Caley'.

Sourced from Yalumba’s own Menzies Cabernet Sauvignon vineyards on Coonawarra’s famed Terra Rossa cigar strip, and two old Shiraz vineyards in the Barossa (Yalumba’s Horseshoe vineyard and the Burgemeister Linke Block), The Caley is structured for longevity. It brings together the linear elegance, firm tannins and persistent acid structure of Coonawarra Cabernet with the voluptuous, textural richness of Barossa Shiraz.

Yalumba Winemaker and craftsman of The Caley Kevin Glastonbury described 2015 as “a terrific vintage. The vintage was solid; it gave us ripeness, generosity and richness.”

“When you taste The Caley 2015, it’s almost as though the three previous releases are rolled into one. It has the fruit purity and tannin profile of the 2012, the structure of the 2013 and the generosity and approachability of the 2014.”

“The 2015, however, stands alone. It’s a star in its own right and a seriously good Cabernet Sauvignon Shiraz,” said Glastonbury.

The wine is named in honour of Fred Caley Smith, grandson of Yalumba’s founder Samuel Smith. Fred was a horticulturist who had a profound impact on the development of Yalumba’s orchards and vineyards.

He is best remembered for a ground-breaking research journey he undertook in 1893 and 1894 to the USA, UK, Europe, the Middle East, Sri Lanka and India. Fred’s detailed and poignant letters to his father, sent home every few days, were collected and kept in the Yalumba archive.

Each release of The Caley celebrates a step in Fred’s journey, and for the 2015 vintage, the spotlight falls on December 1893 and his time in New York City.