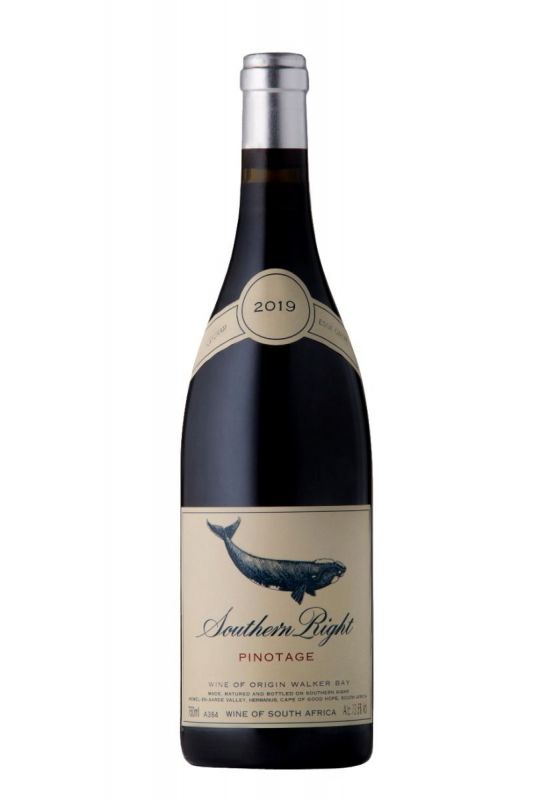 2019 Southern Right, Pinotage, 6x750ml
This is the Pinotage I've been waiting for for years.

Named after the rare Southern Right whales that visit Walker Bay, just 3km from this cool climate vineyard, with a percentage of profits donated to their conservation. An elegant Pinotage with red and black fruit aromas edged in smoky bacon. Beautifully integrated tannins on the medium palate, thanks to careful oaking for nine months in a combination of used barrels. Terrific freshness underpins notes of ripe plum, black fruit and red berries, with a smoky/spicy finish. Perfect match for duck with plum sauce.
2019 Southern Right, Pinotage, 6x750ml

This is the Pinotage I've been waiting for for years. Whilst countless others have left me disappointed by their funky aromas and disjointed palates, finally there's one I can wholeheartedly recommend. Better still, it won't break the bank. Given that it is a sister property to the renowned Hamilton Russell, it should be no surprise that the same light-handed approach has produced such an elegant take on South Africa's trademark red.

Founded by Anthony Hamilton Russell in 1994, Southern Right’s aim is to produce serious, age-worthy Pinotage combining distinct South African fruit and flavour, with classic styling and refinement. Pinotage is best-suited to cooler areas such as behind the old fishing village of Hermanus where the stony, high clay content, shale-derived soils chosen for the vineyards are perfect for creating the intended classic style of the wines.

The wines are named after the rare Southern Right whales, which frequent the cool South Atlantic Walker Bay, just three kilometres from the vineyards. In August 2005, when the 448 ha farm on the western border of Hamilton Russell Vineyards became available, Anthony acquired the unique property as a permanent home for Southern Right and the Cellar was completed in time for the 2009 harvest.

Anthony is a ﬁrm believer in conservation and manages more than 200 hectares of pristine Cape Mountain Fynbos which forms part of the Estate’s own private nature reserve. With each bottle sold, Southern Right makes a contribution to conservation in the area